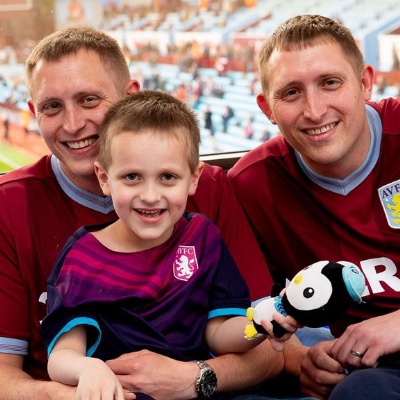 The two Sensory Rooms at Villa Park opened to supporters for the first time when Brighton visited on 19th October.

Situated in North Stand boxes, the rooms are suitable for children or adults with Autism Spectrum Disorder and learning difficulties.

The Sensory Rooms are equipped to provide families with a safe environment for a stress-free day out at Villa Park.

Saturday’s game against Burnley saw a trial run, with guests from the Premier League, AViDS (Disabled Supporters Club) who part funded the project, the Shippeys who were behind the idea of sensory rooms in football stadiums and Clark Simmons, a lifelong AVFC fan whose son has ASD and had been unable to attend matches.

The sensory rooms will be available to book this via Matt Norris, a member of our ticketing team who is contactable on 0121 326 1518.

In order to allow as many people as possible to use the facility, a limit of three games per person will apply in a season.

Tickets for personal assistants will be provided free of charge.

Registration for tickets will be similar to our disabled ticketing policy, whereby supporters can provide us with one of a range of documents listed in our accessibility guide to confirm eligibility.

The rooms were installed by the Aston Villa Foundation, who used the proceeds from two Fifty50 matchday draws together with funding from the Premier League and a donation from AViDS. 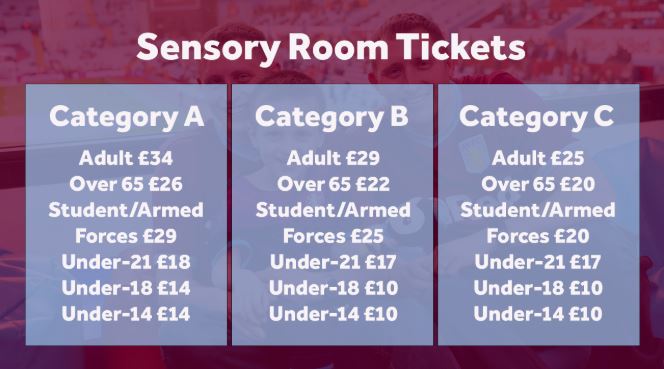